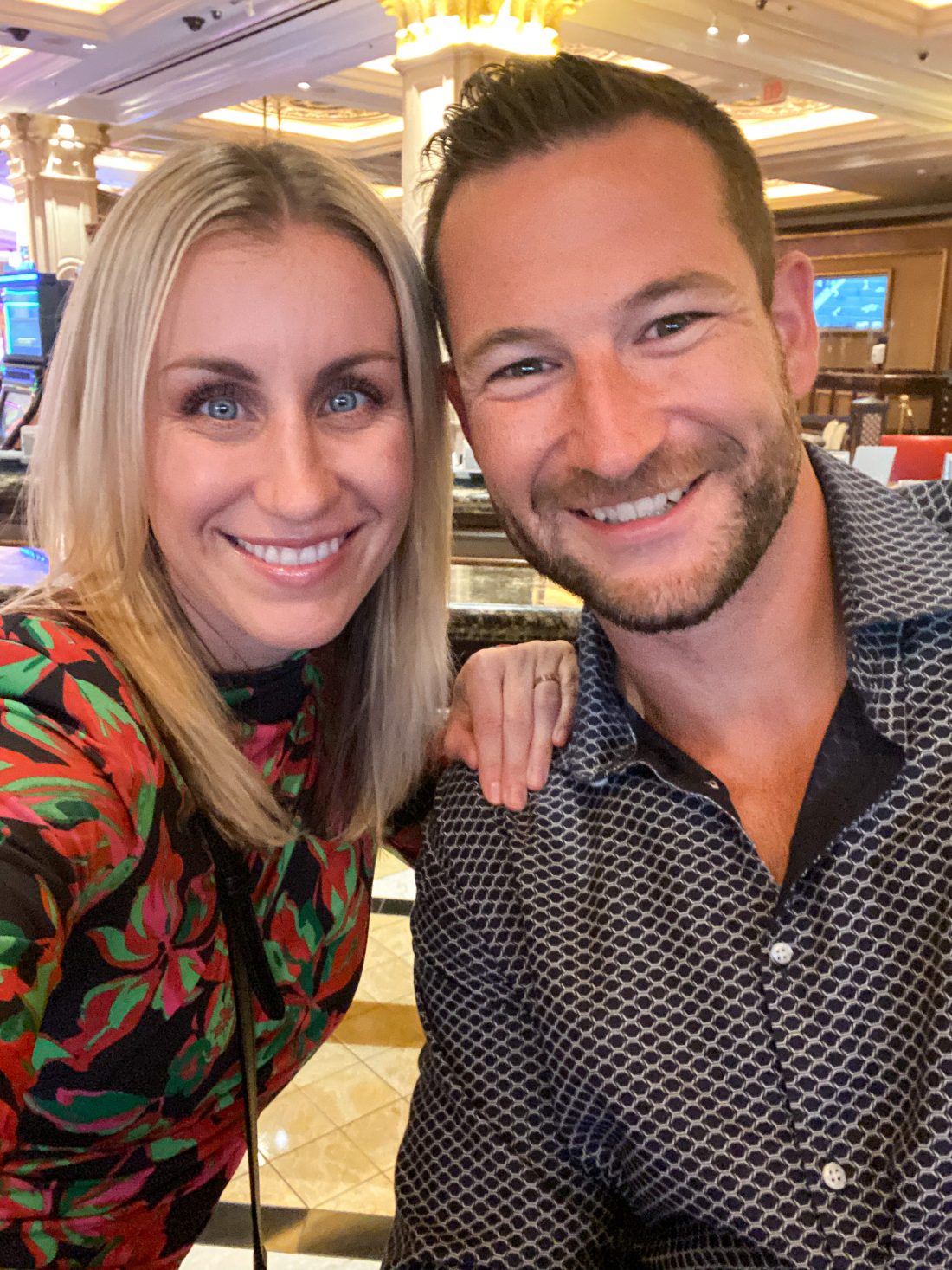 Travel Guide: How We Spent 48 Hours in Vegas

For this trip we really wanted to check out the new Resorts World, which sits across from the Wynn, on the strip. The resort has only been open for about 3 months. Everything was new and clean!

The cool thing about Resorts World, is that it’s three hotels in one. The Hilton (lower price), The Conrad (mid-price) and The Crockfords (high-end), so essentially there is something for everyone. Each hotel has its own lobby and check-in, and elevators. Our room with the Conrad was great. It was really big, overlooked the strip, and was new and very clean. It wasn’t anything over the top, but exactly what we needed for a quick Vegas stay.

Things to do at this hotel:

The pool complex here is the largest on the strip! There was a pool for everyone, even a kids’ pool with fountains. There is also a day club called Ayu, that has DJs and live entertainment at their pool.

To go along with the day club, there is also a nightclub that just opened in September, called Zouk. It was a high energy atmosphere, and Tiesto is the resident DJ!

They also had a bar that was lit at night, right on the casino floor, called The Gatsby, with amazing cocktails!

The casino was my favorite part! This isn’t your old school, smoky, dark casino. There are actually some windows, and it’s bright, with great music, TVs with sports on, etc.

Shopping here is just okay, in my opinion, not a ton of options, but there is still a lot of space where retail can be added. Some highlights I would say are Fred Segal, The Sneaker Garden and Herve Leger.

We didn’t use the spa or gym, but I went through the gym and it has everything you could ever need and then some. Best hotel gym I’ve probably been in, but again, didn’t use it.

Restaurants at this hotel:

There are tons of restaurants too. We ate at a few here, and they were good!

The Dawg House, which is also a sports book and country bar. We had the chili nachos and bacon candy. You can make live bets on game day, and they had country concerts some evenings.

The Kitchen, we ate here the last morning and had the breakfast buffet, before heading to the airport. It had an amazing selection, and I believe was $27.

Wally’s, we ate here late night, and had a really good, but messy, burger! I want to eat an actual dinner here if we go back, because I’ve heard such great things, and the wine selection is out of this world!

The Food Garage, this is a really cool concept, there are I believe, 14 restaurants, street food, from all over the world. We had bbq and Ryan had a rice dish from…. My favorite part was the dessert & candy stand where we got this peanut butter and jelly!

There are quite a few more restaurants, even some by the pool, but the ones above were where we ate during our stay.

We landed in Vegas and got to our hotel around 2pm on Saturday! We checked into our room and were ready to explore. We walked to resort with stops at the casino and the Food Garage for some BBQ and drinks. Then we checked out the pool scene before getting ready for dinner.

Saturday we went over to the Venetian and drinks and an appetizer at Lavo. We actually were so full, and decided to catch the rest of the IU game at their Sports Book.  Then we headed back to our hotel to freshen up and kill some time before going to Zouk to see Tiesto, followed by a super late night fourth meal at Wally’s!

Some how we got up early Sunday and headed to the Dawg House to get a table and place bets on the NFL games. While Ryan watched the Browns game I stopped in and out and did some shopping/exploring.

That afternoon we went to relax at the pool before getting ready for dinner and a show on our last night.

We took an Uber to the Cosmopolitan (We’ve stayed here twice, and it’s also an amazing resort!) for dinner at Beauty & Essex. It was the best dining experience. You enter through a secret door in a pawnshop. Then it’s this big restaurant that is beautifully decorated and dimly lit. The food is shareable and it was so good!

After dinner we headed to the Mandalay Bay for the Michael Jackson One show. My cousin, Amanda, works for the show and highly recommended it. It did not disappoint! The show was fantastic!

Monday morning we hit the roulette table and breakfast buffet before heading to the airport.

It was the perfect adult getaway to celebrate our 11 year anniversary!

A Quick Break….and We’re Back!

Navigating Through the Holiday Pitch-ins